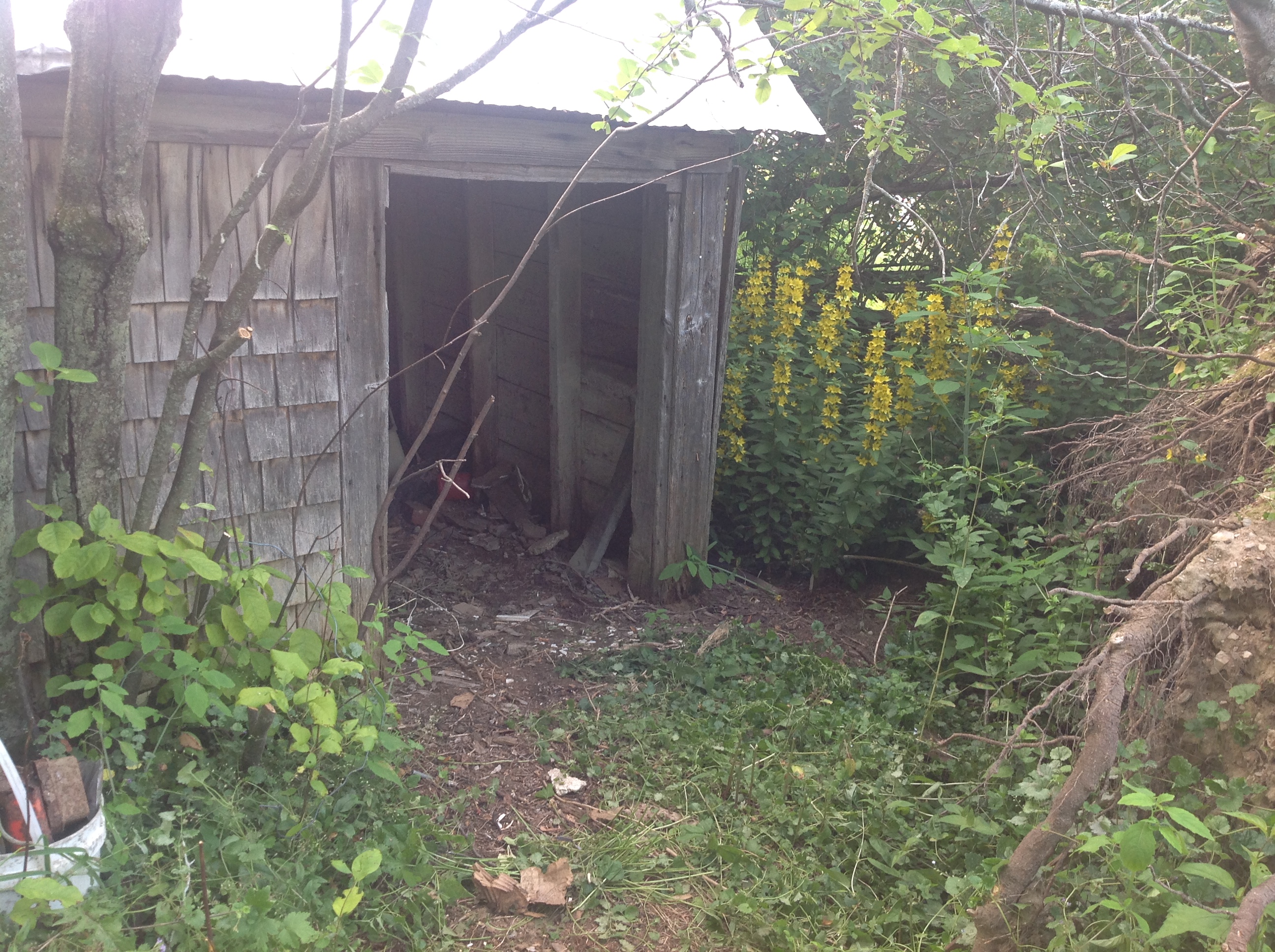 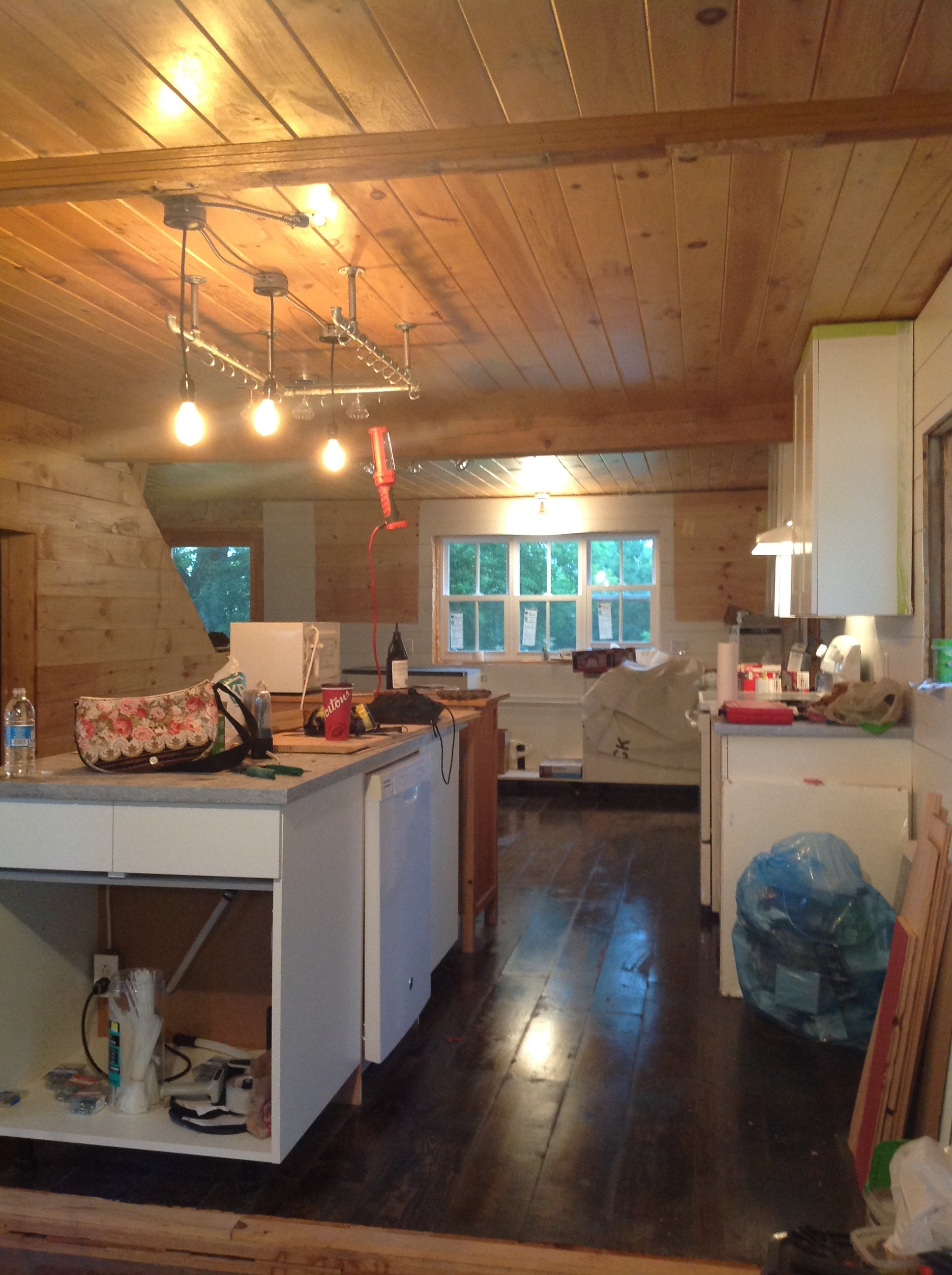 One of the biggest things to finish was electrical work, and I’ll skip the saga of getting someone to sow up to do the work, but finally they did and boy howdy a lot of work was done in a short time.

Wires were re-run, cabling was sorted, all the room heaters that were scattered around were hooked up, and we had to go on a light fixture buying spree. That also meant decisions had to be made.

In some places we couldn’t decide so we just went with temporary bare bulb fixtures. The living room hasn’t changed much. We can’t decide here because every large fixture we like hangs too low. I love the retro fixture over the sink. So much light in the kitchen! And I swear I took more pictures of hall fixtures and a couple bedroom ones. We also have covered electrical sockets and light switches in almost all the rooms! After they re-did the wiring, Ron said the neatness of this almost brought a tear to his eye. Everything is labelled and we have a clear sense of what needs to be finished. Any room we need right away is mostly done.

Andrea mentioned the island in the last post & included a picture with placeholder cabinets. A drain pipe had already been installed. Since there wasn’t a spot in the existing cabinet arrangement for a dishwasher, we concluded that’s what the island drain was for.

While planning the island design I kept in mind that the cabinets would essentially be freestanding. Secondly, the location of the drain was such that the dishwasher couldn’t really be installed at the end of the island.

The upper cabinets on either side of the space for the electric range had been installed but the lower ones had just been pushed approximately in place. I hadn’t realized that right away and was happy when I discovered it.

We bought the range and dishwasher months before we needed them so that we could position the cabinets around them.

As it turned out, one of the counter outlets didn’t have a wire that went to the electrical panel. Pulling that wire was easier because the cabinet was mounted to the wall.

All the kitchen cabinets are now levelled & anchored in place. The next task will be templating for the countertop.